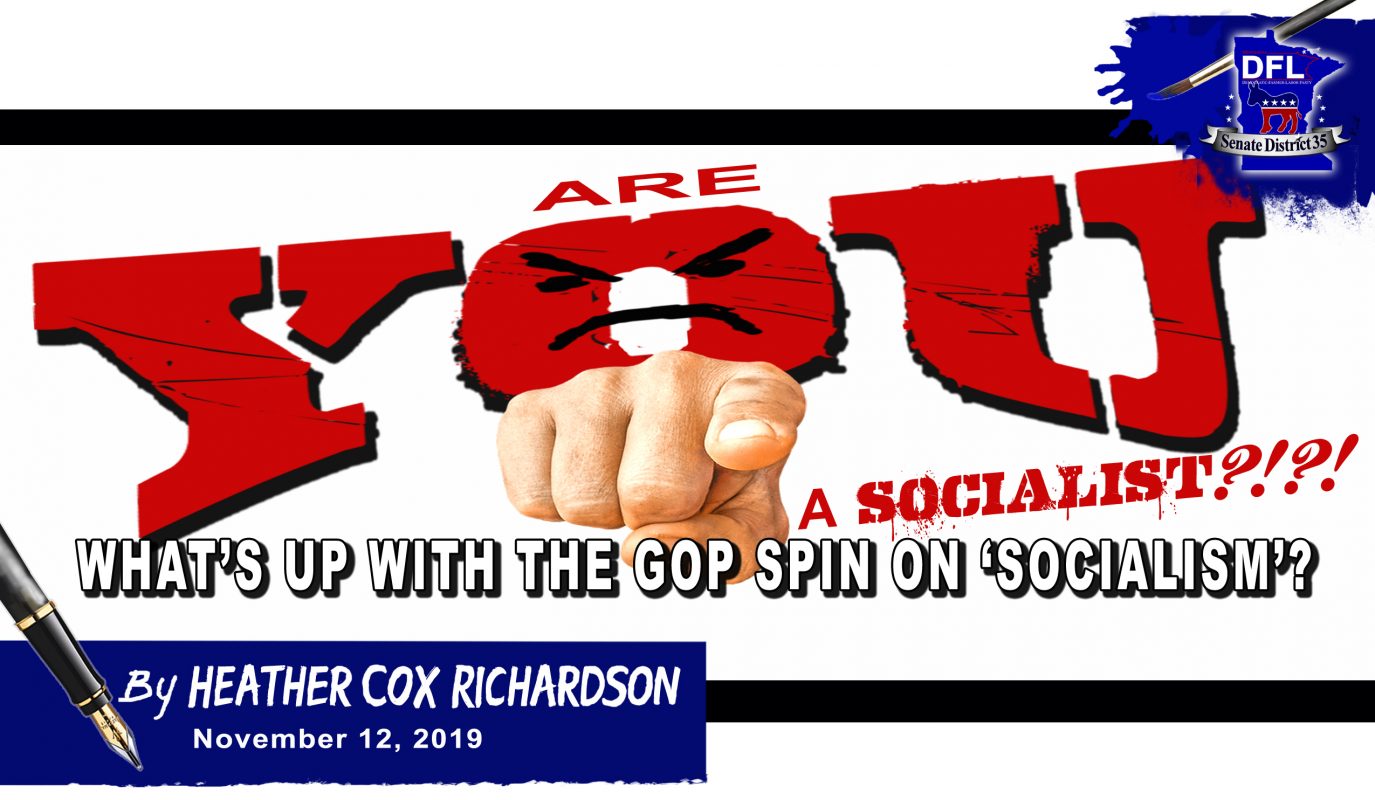 First of all, it is important to understand that when Republicans warn of socialism today, they are not talking about real socialism, but rather about a peculiarly American adaptation of the term. True socialism is an economic system in which the means of production, that is, the factories and industries, are owned by the people. In practical terms, that means they are owned by the government. And this is where socialism bleeds into communism, which is the political system designed to put socialism into practice.

True socialism has never been popular in America. The best it has ever done in a national election was in 1912, when labor organizer Eugene V. Debs, running for president as a socialist, won a whopping 6% of the vote, coming in behind Woodrow Wilson, Theodore Roosevelt, and William Howard Taft. So true socialism isn’t a real threat in America.

What politicians mean by “socialism” in America is a product of the years immediately after the Civil War, when African American men first got the right to vote. Eager to join the capitalist system from which they had previously been excluded, these men voted for leaders who promised to rebuild the South, provide schools and hospitals (as well as prosthetics for veterans), and develop the economy with railroads to provide an equal opportunity for all men to work hard and rise. Former Confederates loathed the idea of black men voting almost as much as they hated the idea of equal rights. They insisted that such programs were simply a redistribution of wealth from hardworking white people to blacks who wanted a handout, since they would cost tax dollars and white people were the only ones with property in the Reconstruction South. Poor black voters were instituting, one popular magazine wrote, “Socialism in South Carolina” and should be kept from the polls.

This idea that it was dangerous for working men to participate in government caught on in the North as immigrants moved into growing cities to work in the burgeoning factories. Like their counterparts in the South, they voted for roads and schools, and men of wealth insisted these programs meant a redistribution of wealth through tax dollars. They got more concerned still when a majority of Americans began to call for regulation to keep businessmen from gouging consumers, polluting the environment, and poisoning the food supply (the reason you needed to worry about strangers and candy in this era was that candy was often painted with lead paint). Any attempt to regulate business would impinge on a man’s liberty, wealthy men argued, and would cost tax dollars and thus was a redistribution of wealth. Long before the Bolshevik Revolution in Russia brought the fears of a workers’ government to life, Americans were convinced that their economy was under siege by socialists. That conviction did indeed lead to a redistribution of wealth, but as regular Americans were kept from voting, it went dramatically upward, not down.

The powerful formula linking racism to the idea of an active government and arguing that a government that promotes infrastructure, provides a basic social safety net, and regulates business is socialism has shaped American history since Reconstruction. In the modern era, the Brown v. Board of Education Supreme Court decision of 1954 once again enabled wealthy men to convince voters that their tax dollars were being taken from them to promote the interests of black Americans. They argued that taxes and government both must be slashed to protect hardworking white men, and since 1981 have worked toward this end. We are now in the final stages of that argument as Republican leaders are dismantling the active government we have lived under since the New Deal. As in the past, during this process wealth has moved upward.

When Senate Majority Leader Mitch McConnell says that the Republicans are “the firewall that saves the country from socialism” and the GOP messaging for 2020 warns that Democrats are dangerous socialists, they are tapping into this rhetorical tradition. What they are calling socialism is nothing of the sort; it is actually regulated capitalism.

Originally from rural Maine, and educated at Exeter and Harvard, Boston College Professor of History Heather Cox Richardson is a political historian who uses facts and history to make observations about contemporary American politics. She is the author, most recently, of To Make Men Free: A History of the Republican Party. Professor Richardson says, “I write books about the American past, and write articles about modern politics. The past informs my work on the present, not the other way around.”