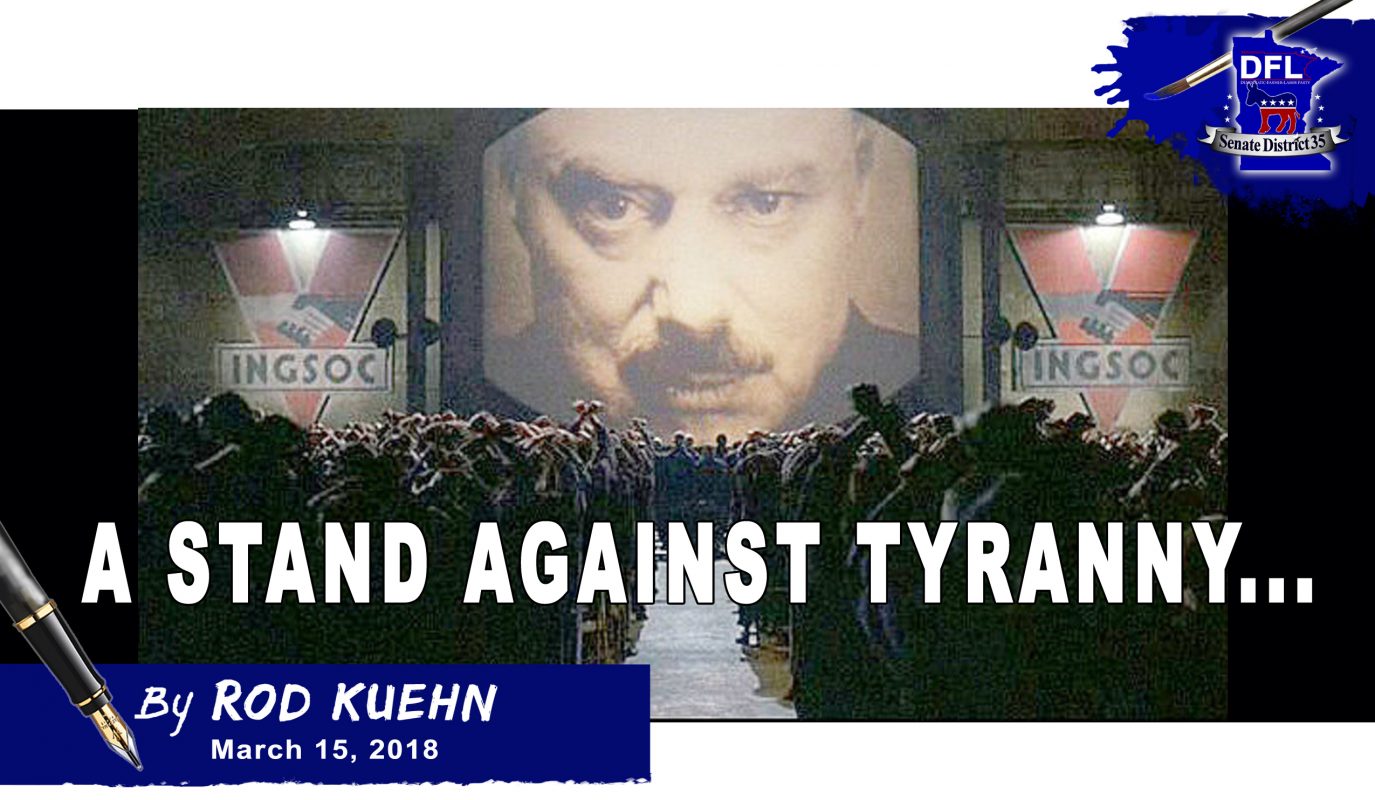 “The Citizen maintains independence of thought and action. Subjects do what is demanded of them, whether they like it or not. Pawns are a step lower…”

On February 17, 2018, Emma Gonzalez, Citizen, took a stand against tyranny. She didn’t need a gun, even as she faced down a mortal enemy with nothing but the fire of moral courage and eloquence.

“…I’m going to happily ask him (President Trump) how much money he received from the National Rifle Association … I already know. Thirty million dollars. To every politician who is taking donations from the NRA, shame on you.”

The NRA has, against all believe-it-or-not standards, managed to convince gun owners that allowing the Centers for Disease Control and Prevention (CDC) to study gun violence and banning bump stocks were the first steps to confiscation.

When NRA members failed to sack NRA offices over these outrages, they abandoned the role of Citizen.

But it wasn’t just the gun owners who were reduced to clamoring pawns of the gun industry. The entire Republican Party (and some heartbreaking members of the Democratic Party) sold out their country and hocked their immortal souls for thirty pieces of campaign silver.

Alas, the NRA still hasn’t sold enough tools of mass murder. No, they say safety requires armed teachers and more security guards. Some states talk about mandatory gun ownership. The NRA demands that we turn our nation into an armed camp. They demand that we look on our neighbors with the jaundiced eye of a ready-to-kill-at-a-moment’s-notice executioner.

The Citizen maintains independence of thought and action. Subjects do what is demanded of them, whether they like it or not. Pawns are a step lower. They make their master’s goals their own and suck up their propaganda with two straws. Pawns think as they are told to think and become tyrants themselves.

The nation demands a balance with safety. The NRA says, “NO!” The Master Tyrant has spoken and the minions echo the command.

The NRA purchased our government at market rates. They polluted our national consciousness with a cocktail of fear and paranoia. Even worse, the NRA conned us into believing the outrageous lie that the lives of our children are the necessary sacrifice for “freedom.”